CoastAdapt is an information delivery and decision support framework. It is for anyone with an interest in Australia’s coast, the risks it faces from climate change and sea-level rise, and what can be done to respond to those risks.

CoastAdapt contains information and guidance to help people from all walks of life understand climate change and the responses available to manage the impacts. Although there is a focus on Australia’s coastal regions, CoastAdapt also links the user to climate change resources on the NCCARF website and beyond that are relevant to Australia more broadly.

CoastAdapt is a national resource for all Australians. But because we recognise that approaches to coastal planning differ across state-level jurisdictions, we include state-specific information on regulatory and legislative requirements as well as data availability.

We invite you to explore CoastAdapt – we are sure you will find something of interest. If you wish to reproduce any of the figures, please make sure you have the correct permissions in place. Most of the content is written by NCCARF staff, and should be cited following the example below:

Where external authors have written material, their contribution is acknowledged and a citation is provided.

We welcome feedback on CoastAdapt – there is a feedback tab on the right hand margin of every webpage. If you want to email a query, please use nccarf@griffith.edu.au.

NCCARF was commissioned by the Australian Government through the (then) Department of the Environment to build a coastal climate risk management tool that, according to the Funding Agreement, should:

The goal was therefore to produce a tool to support coastal decision-makers and managers in Australia, especially but not exclusively in local councils, to understand their risks from climate change and sea-level rise, and to take action to address those risks.

In time, the tool became known as CoastAdapt and its scope has evolved in response to suggestions and comments from potential users. CoastAdapt now contains a wealth of information and guidance that makes it a valuable resource for end users across Australia, not only in coastal regions. CoastAdapt not only contains information for coastal managers, but also for educators and students, as well as individuals and households, seeking information about climate change and sea-level rise.

The need to provide online support to adaptors is widely recognised, and CoastAdapt builds on work by groups based in Australia and overseas, including AdaptWater (Sydney Water), the US Climate Resilience Toolkit (NOAA) and the Adaptation Wizard (UKCIP). NCCARF owes a debt of gratitude to these groups for the inspiration and guidance they provided for CoastAdapt.

CoastAdapt contains a glossary of terms that can be accessed here.

The CoastAdapt website is organised into five areas which together cover all aspects of climate change, its impacts and potential response mechanisms. These can be accessed from the home page. They are:

Navigating through these areas can be daunting at first. To help people get used to finding their way around, we provide a ‘Getting Started’ guide, which can be accessed from the home page.

Most content (including C-CADS) is delivered through webpages. These are structured to deliver information at three levels of detail:

Who are the users?

Anyone with an interest in climate change and sea-level rise, whether professionally or as a concerned citizen, will find useful and interesting information and guidance in CoastAdapt. This includes:

The content and design of CoastAdapt are based on extensive consultation with potential users at all stages of design and build, using a mix of workshops across Australia, and on-line surveys.

NCCARF had support and guidance from three governance/advisory groups as listed below:

NCCARF also constituted the Tool Development and Tool Implementation Partnerships, made up of potential CoastAdapt users drawn from across Australia, and representing local councils, local government associations and small business. The Partnerships supported NCCARF with practical advice, support and review, as well as contributing content to CoastAdapt.

We thank the members of all these groups for their unflagging support, optimism and belief in the value of CoastAdapt.

How is the coast described in CoastAdapt? 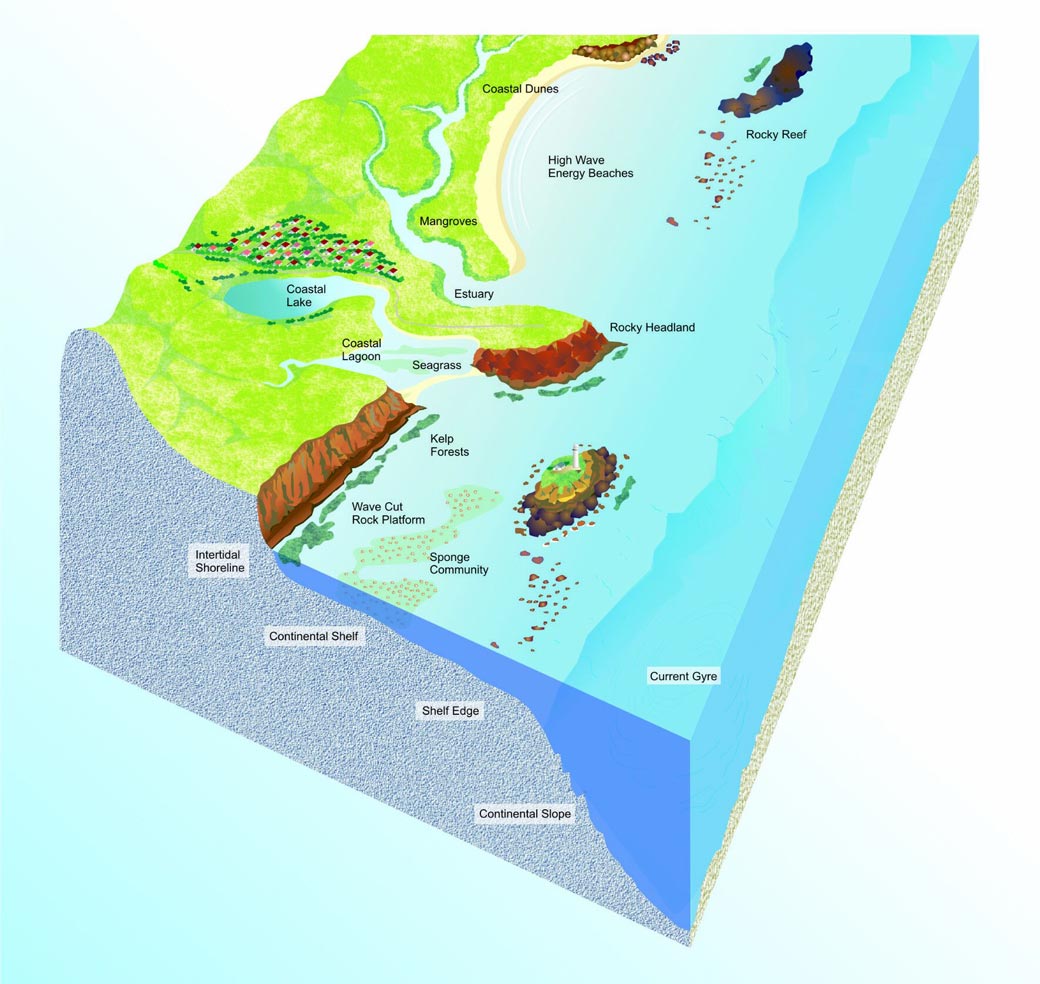 For the purposes of CoastAdapt (see Figure 1), the coastal zone is taken to include the foreshore and near-shore zone, and the coastal region that is likely to be affected by sea-level rise and marine-related climate change (storm surge and exposure to storms tracking inland from the sea). This includes the region adjacent to the coastline itself and estuaries, which may be affected by processes such as riverine flooding. This description is flexible and can be aligned with definitions of coastal zones used in the states and Northern Territory. By using this broad description, it is possible to consider integrated solutions to climate change and sea-level rise, to respond to multiple and coincident climate-driven events, and to ensure that unintended consequences do not arise from risk management.

NCCARF would like to extend sincere thanks to the hundreds of individuals and organisations who gave feedback on CoastAdapt through our online forum, user experience surveys, review and consultation workshops and test cases. Without your contributions, CoastAdapt wouldn't be as user-friendly and comprehensive as it is today.