With ocean acidification progressing at a rate unprecedented in the past 66 million years, local communities need to adapt to changing ocean conditions. It’s a global problem with local impacts, and not enough is being done to increase local resilience.

‘There has been discussion on adaptation of species to increasing ocean acidification, but not much about adaptation by people,’ says Dr Luke Brander, an environmental economist with the Hong Kong University of Science and Technology. ‘So far, effort towards adapting the economy to ocean acidification impacts has been on education and outreach more than hard options such as infrastructure and new technologies.’

This is a concern, as ocean acidification affects coral reefs, fish behaviour, and shellfish growth, which, in turn, will affect a range of marine industries around the world, including Australia.

‘We need to look at regional scale industries and develop practical action,’ says Luke. ‘Adaptation planning can help small communities dependent on species affected by ocean acidification, and provide options for how they can respond.’

Adaptation options for managing biodiversity, ecosystems and related services and industries include:
• reducing local impacts over which we have more direct control, such as reducing nutrient inflows and other biological activity that amplifies ocean acidification
• assisting species to evolve by producing breeds of oysters, abalone, and coral that are resistant to low pH seawater
• environmental engineering projects such as seaweed cultivation around reefs to absorb carbon dioxide.

‘There’s a need to reduce carbon emissions globally, and this is already being addressed, but it will take a long time,’ says Luke. ‘So ocean acidification will happen. On a meaningful timescale, we need adaptation.’

Luke says a holistic approach to adaptation is required. ‘There are multiple drivers and stressors. Adaptation needs to take into account the impacts from climate change, with local pollution, fishing, and sedimentation, in combination with ocean acidification,’ he says. ‘Ocean acidification is just another guest at the table.’

If you'd like to know more about ocean acidification and its effects, there is information in CoastAdapt at https://coastadapt.com.au/ocean-acidification-and-its-effects. 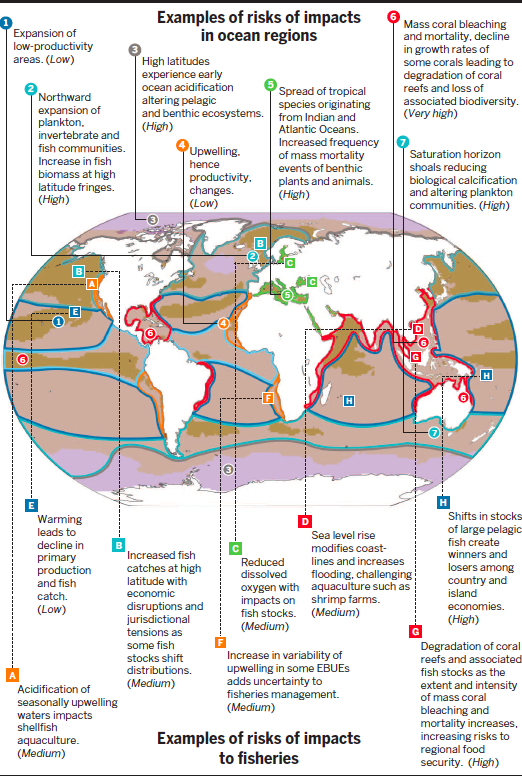