In February 2017, the Climate Council released a report on climate change and extreme weather events. Public interest in the findings was high due to the southeast of Australia enduring a heatwave at the time, with temperatures in the 40s.

The report noted the observed increase in heatwave length, duration and intensity; the increased intensity and occurrence of marine heatwaves causing coral bleaching; the increase in bushfire risk; and an increase in coastal flooding due to sea-level rise and storm surges.

Although adaptation wasn’t a focus of the 2017 report, in 2014 the Climate Council released a report on coastal flooding that summarised how to adapt to coastal flooding extremes. ‘To prepare for the sea-level rise that we can’t prevent it is essential to lower the risks of coastal flooding,’ the report stated. ‘The most effective way to deal with sea-level rise is a coordinated approach from all levels of government based on science.’

The report noted options for adapting to rising sea levels, including ‘protection’ (such as sea walls), ‘accommodation’ (such as raising footpaths), and ‘retreat’ (such as relocation of residents).

Co-author of the reports, the Climate Council’s Professor Will Steffen from the Australian National University, said an obvious adaptation approach for coastal councils is via zoning or planning for infrastructure. ‘Coastal councils need to get on top of the nature of the risks and plan accordingly,’ he said. ‘That is easier said than done, though, as restricting development along vulnerable coasts is certainly not popular in many quarters. However, a positive example is the new runway at Brisbane Airport, which has been raised to account for projected sea-level rise.’

A key message from both reports was that the impacts of extreme weather events are likely to become much worse unless global greenhouse gas emissions are reduced rapidly and deeply.

NCCARF’s CoastAdapt tool has been developed to support users to manage the risks associated with climate change. It has a wide range of data, information and guidance, including information on adaptation options, and adaptation planning.

Have you used CoastAdapt to determine how extreme weather and climate events may threaten your region?
What do you see as the pros and cons of protection, accommodation, or retreat? 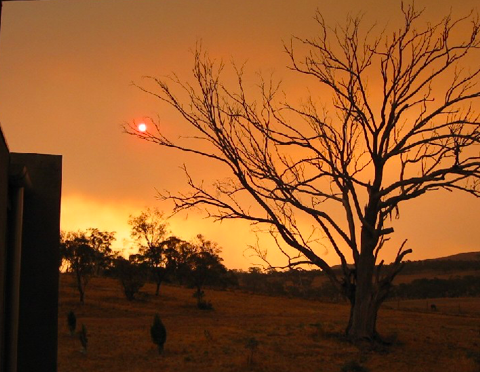 Extreme rainfall and flood event in Mackay on 15 February 2008