For years, people have relied on the Bruun Rule, a simple formula for calculating how far the coast will recede for every millimetre of sea-level rise. However, the Bruun Rule is an oversimplification and better approaches are now available.

The Intergovernmental Panel on Climate Change (IPCC) note a sea-level rise of 52 to 98 cm by 2100 if greenhouse emissions continue to grow, or of 28 to 61 cm if emissions are strongly curbed. So regardless of what happens, we can expect the seas to continue rising.

Sea-level rise is one thing; estimating the resulting horizontal changes is another. Decades ago, Danish civil engineer Pers Bruun stated that beaches and near-shore profiles, when subjected to a rise in sea level, will move upward and landward, maintaining their geometry with respect to the shore.

The engineer quantified this in an equation that became known as the Bruun Rule. Add the relevant measurements to the equation and it states that shorelines typically recede horizontally at 50 to 100 times the vertical rise in sea level.

Applying these multiples to the sea-level rise figures quoted above would see shorelines retreating globally by between 14 and 98 m. That’s a lot of disappearing coastline.

However, the Bruun rule turns out to be just a rough guide. It simplifies many of the complexities that dictate coastline recession. For example, the rule assumes a relatively flat, sandy coastline beset by steady waves.

J. Andrew G. Cooper, director of the coastal zone management program at Ulster University, Northern Ireland, reported in a 2004 paper in Global and Planetary Change that ‘a number of attempts to apply the Bruun rule and compare its results with known erosion rates have been carried out in, for example, Australia, the Caspian Sea, North Carolina, Louisiana, Chesapeake Bay, and the Great Lakes. Unsurprisingly, given the simplified nature of the concept, none has demonstrated that it works.’

Cooper concluded that ‘the Bruun Rule has no power for predicting shoreline behaviour under rising sea level and should be abandoned. It is a concept whose time has passed.’

A 2016 review by Roshanka Ranasinghe from the Faculty of Engineering Technology at the University of Twente, in the Netherlands, found that ‘while the Bruun Rule may be suitable for qualitative regional scale assessments, its relatively low quantitative accuracy and robustness renders the Bruun Rule unsuitable for local-scale assessments in which reliable estimates are required.’

Don’t despair though. NCCARF has extensive information on the Bruun Rule – and on other ‘rules of thumb’ – and its application at https://coastadapt.com.au/tools/rules-of-thumb-for-managing-coastal-processes.

Three-dimensional models are available that take into account more processes, such as longshore sediment movement. The NSW Government recommends that, where the Bruun Rule is to be applied, surveys are carried out to accurately determine the input parameters. For further information on the Bruun Rule and its application, see Section 4.1 of Information Manual 2: Understanding sea-level rise and Section 6.4.3 of Information Manual 3: Available Datasets.

What is under threat from sea-level rise in your region?
Do you have access to estimates of local coastal recession? How were they determined? 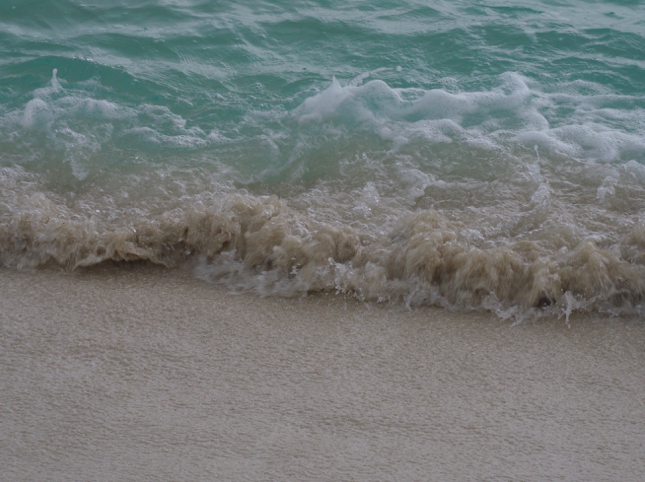 How far will the coastline recede as sea level rises? (Photo: Paul Holper)
30 June 2017
Save