Protecting the coast from erosion and sea level rise

The City of Kingston, located southeast of Melbourne, is responsible for managing 13 kilometres of popular suburban beaches stretching from Mentone to Carrum. As part of its Coastal Management Plan, the Council has completed a range of projects designed to mitigate the impacts of ongoing coastal erosion.

In 2008, Council implemented a protection project along the north Aspendale foreshore.

‘The project was designed to protect the fragile sand dune that acts as the primary protection for local houses,’ said Mr Alan West, team leader, engineering design at the City of Kingston.

‘The work involved the installation of 300 metres of geotextile sandbags that extend from -0.2 metres AHD at the base to the top level of 2.5 metres AHD, which coincides with the predicted maximum sea level rise by the year 2100.’

(AHD is an abbreviation for ‘Australian height datum’. Zero elevation is the mean sea level determined from observations around the Australian coast from 1966-68.)

The foreshore work included the removal of three stormwater drains discharging flows across the beach.

‘This was achieved by constructing two infiltration basins within the sand dune to retard and infiltrate the collected water. Both projects have been well received by the local community with the Aspendale project well integrated into the natural environment, resulting in a very subtle aesthetic structure,’ said Mr West.

‘Council constructed a rock wall with a suspended boardwalk to link the popular walking trail from the river to the newly constructed Carrum lifesaving club. These works included sand renourishment to reinstate the beach profile by pumping sand that built up at the mouth of the river,’ said Mr West.

Stage two of this project will involve the removal of an old river motor yacht club located on the beach, as storms have undermined the foundations and the building is deemed to be in an inappropriate location.

What coastal protection measures have been undertaken in your region?
What more needs to be done? 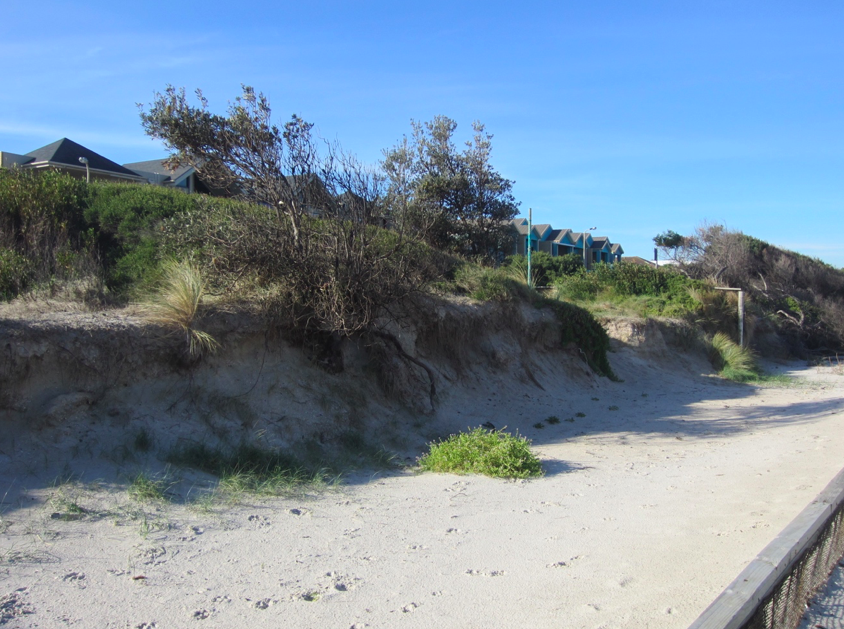 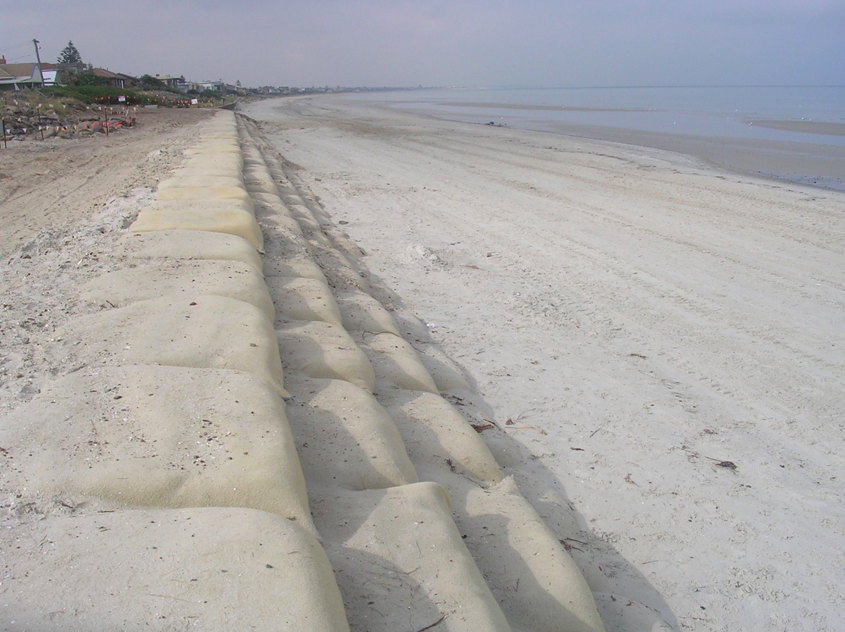 The installation of geotextile sandbags at Aspendale beach, designed to protect the sand dune and houses. (Image: City of Kingston)
30 June 2017
Save