The Range Extension Database and Mapping project, or Redmap, has involved more than 800 citizen scientists in identifying how marine species are changing where they live. As well as providing useful observations since 2009, the project has raised awareness of the impacts of climate change.

‘Lots of people have spotted something unusual,’ says the project’s Chair and founder, Associate Professor Gretta Pecl from the University of Tasmania’s Institute of Marine and Antarctic Studies. ‘We are consistently seeing out-of-range animals year after year. In Tasmania alone there has been at least a dozen species regularly straying beyond their limits, and over cooler months of winter, which suggests these animals are shifting their range.’

Gretta says that some of the most unusual observations include a Manta ray spotted off the coast of Tasmania, and whale sharks observed much further south than expected. Redmap volunteers have also made the first Australian observations of rare species.

Such information leads to changes in policy. ‘We received observations of a new octopus species on the north coast of Tasmania,’ says Gretta. ‘When we followed this up, we found fishers were in the area catching them, but just reporting the catch as generic octopus. Now fishers need to report on a species-by-species basis.’

Gretta explains that bag limits have been introduced for some species of fish now found in Tasmanian waters that weren’t there before, thanks to a range of information including the Redmap results.

Citizen science projects like Redmap also raise public awareness about an issue. ‘There’s the engagement and communication, but also a sense of achievement and empowerment,’ says Gretta. ‘With climate change there’s lots of negative news about how we will need to change our behaviour and how political decisions will affect our lives. Citizen science is one way to involve people in generating the knowledge we need to advise adaptation action. If people are involved, they have a more direct link to data, so they can see how natural systems are changing due to climate change. This creates a sense of immediacy because they’re part of identifying the changes.’

Indeed, Gretta says a recent study has found that people participating in Redmap are more aware of climate change and more likely to understand how climate change is affecting species distributions than non-participants. ‘This suggests Redmap has been successful in building awareness.’

Boaters, fishers, divers and others can report if they see strange things, at Redmap. 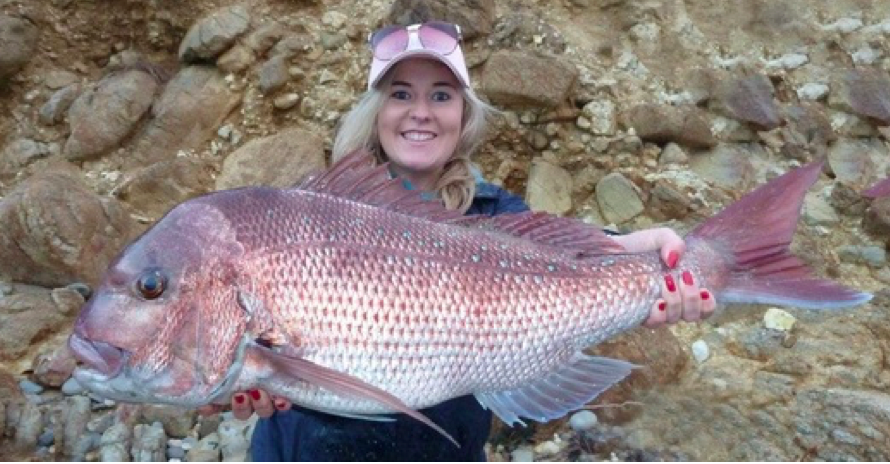 Community involvement has contributed observations – and discussions with volunteers have helped improve the monitoring process and the way in which information is fed back to those involved. Details of the sighting of this snapper at http://www.redmap.org.au/sightings/865. Source: Redmap
30 June 2017
Save

The Witness King Tides project: a creative way for the community to imagine climate risks