Trees, which provide shade and act as natural air conditioners, play an important role in helping to create cities that are more resilient to extreme temperatures. This will become more so as the climate warms.

‘We have twin warming occurring,’ says Dr Helen Brown from the School of Public Health at Curtin University in Western Australia.

‘There is global warming and, in cities, the urban heat island effect. People can feel that their actions may have minimal impact on warming at a global scale, but reducing city heat is something we have direct control over.’

The urban heat island effect happens because there is less vegetation and more buildings, footpaths and roads that absorb the Sun’s heat and then radiate it back out. The annual mean air temperature of a city can be up to 3 °C higher than its surroundings. In the evening, the difference can be as high as 12 °C. These elevated urban temperatures can increase summertime peak energy demand, air conditioning costs, air pollution and greenhouse gas emissions, heat-related illness and mortality, and even affect water quality.

‘Apart from providing shade, trees cool cities through the process of transpiration, in which water is absorbed through the roots and pushed into the air via tiny pores in leaves. Think of trees as leafy, misty fans for our cities,’ Helen says.

Trees can transpire significant volumes of water: a mature tree can transpire up to 150 litres per day. In a hot, dry location such as Perth this produces a cooling effect equivalent to that of two air conditioners running for 20 hours.

‘Trees can reduce a building’s temperature by directly blocking radiation through windows and cooling the surrounding air,’ Helen says. ‘They also keep the soil cool. Evapotranspiration and shading effects can reduce air temperatures by 1 to 5 °C.

‘The cooling effects from combinations of tree planting and other vegetative cover and increased surface reflectivity have resulted in reductions of urban temperatures of between 1 and 7 °C, and of these strategies, tree planting has been found to have the most effective cooling outcome.’

Yet, as the world warms, too often urban development leads to less green space. As Helen says, ‘trees are a city’s air conditioners, so why are we pulling them out?’ 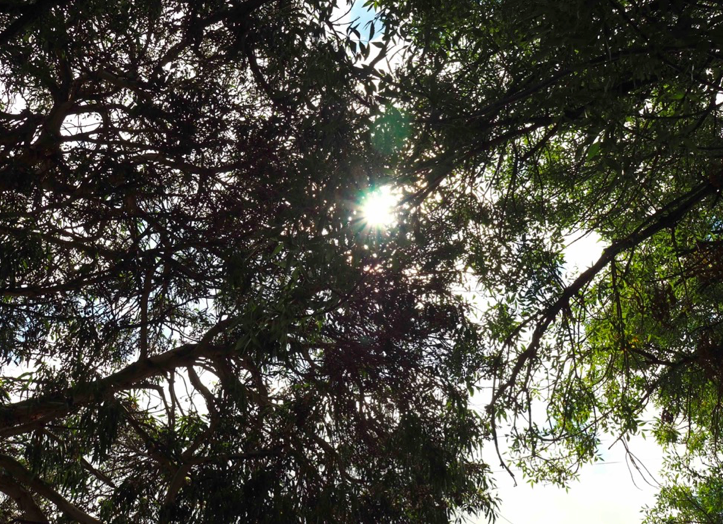 Trees are a great way of reducing the warming associated with climate change and the urban heat island effect. (Image: Paul Holper)
05 July 2017
Save